“just because something sells doesn’t mean that it’s giving people what they really want or need.”

My mom introduced me to I Kissed Dating Goodbye when I was around thirteen by jokingly telling me that she’d originally purchased the book when I was in kindergarten.  I’d recently started hanging out with a boy named Ryan, told my mom I was in love with him, and – by the encouragement of his and other moms – called him “my boyfriend.”  Even if it was a joke, she and my dad still read the book together, highlighting and paper-clipping and underlining, trying to figure out how to navigate dating and maybe even spare their children of the mistakes they’d made when they were younger.

Remember, I was six.

As I grew up, my family and I became entrenched in the purity culture movement.  I’m pretty sure I’ve read every book on purity, and I’ve done quite a few Bible studies and traveled for conferences, too.  (I’ve even written so many blog posts on it.)  This movement shaped my teenage years, and Josh Harris’s book was the face of it.  After hearing back in 2016 that he’d apologized to a woman who said the book was “used as a weapon” against her and would step back to learn about the impact his book had on the culture, I was fascinated.  I knew it was something I wanted to watch unfold, even before a documentary was announced.

My family and I watched I Survived I Kissed Dating Goodbye together when it first came out, making comments and even pausing it for several minutes while we discussed.  The documentary is relatively short, but it covers so much ground that I had to watch it twice. 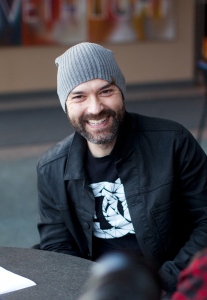 In I Survived IKDG, Josh travels around the country to visit people who were directly or indirectly impacted by either his book or the purity movement, speaking with influencers, pastors, and others who all had unique stories to share.  Topics covered included purity culture, catchphrases such as “guarding your heart,” the oversimplification of the purity message, cookie-cutter and a + b = c theology, and courtship versus dating.  Josh listened as others told him their stories and what they’d learned since first reading the book so many years before, asking hard questions and being incredibly receptive to the equally hard answers.

I think one of the things that struck me the most about the documentary was Josh’s vulnerability and humility.  I can’t imagine how much strength and prayer it took to go through something like this and be so honest and accepting of something so huge.  He didn’t – and shouldn’t – take responsibility for the whole movement that stemmed from his book; just the book and its impact on the culture.  (In case you missed it, he’s decided to discontinue the book and not let it go to another printing.)

While watching the documentary, I realized that the problem doesn’t ultimately lie with Josh or even his book.  The problem lies with the people who let a 21-year-old be an authority on a subject, the people who took it too far, and the people who used it to withhold from their children.  (Hence, the key “I Survived” in the title.)  I feel like all of this anger directed towards Josh isn’t warranted – as if he’s to blame for young adults missing prom or never having been on a date by their early twenties or being worried about being friends with the opposite sex.  But, like Thomas Umstattd (of Why Courtship is Fundamentally Flawed fame) says in his interview with Josh, just because IKDG became the face of a movement doesn’t mean Josh is entirely at fault.  The movement literally provided the framework for almost half of my life and caused some issues with how I view the world, but I’m steadily working through them and learning how to operate without these blinders on.  But I don’t blame Josh for this.  I blame all of the books, Bible studies, conferences, and the entire movement as a whole – and also myself, for believing that courtship really was flawed but not saying anything for years out of fear that I’d be shunned by my conservative subculture.  (I was, but then I discovered grace and the fact that I couldn’t give a dang about what they thought.) 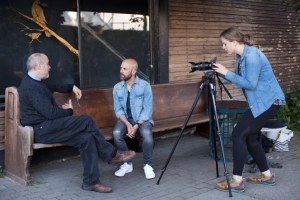 Because my critical years were so heavily influenced by this book, watching as Josh learned about the impact his book had on the conservative Christian culture was… therapeutic.  I wasn’t as harmed by the book as others I know, but I would definitely recommend this documentary for anyone else who was affected by these ideas.  There’s an entire generation of conservative Christians that I personally know were shaped by it, and I know they would really benefit from watching it, just like I did.

(I received early access to the documentary in exchange for my honest review.)

10 thoughts on “review: i survived i kissed dating goodbye.”