Now, before you start saying, “Thirteen movies?!  Well, GOSH, Ashley – you spend so much money on movie tickets!”

Let’s do this thing.  (Links to the trailers are in the movie titles.)

Well.  This one was a colossal flop.  I didn’t even want to talk about it at all when I saw it, and did an April Fools post mainly consisting of Kevin McCreary’s review of it.  I can’t even remember most of what I thought about it, but I know I didn’t like it.  My dad got tickets to a super early screening because he’s a pastor (#perks) and we talked about it on the way there, basically laying out our (super low) expectations and what we wanted it to ultimately do.  It barely met my expectations, and, well, let’s just say that I got more out of Scott Pilgrim vs. the World than this movie.  Not only were there some issues with the court sequence (you cannot have surprise witnesses.  the end.  go home.), there were major issues with the basic story as well.  The one thing I did like, however, was that the hot lawyer (whose face almost made driving 45 minutes to go see this movie worth it) didn’t become a Christian at the end.  I know that may sound awful of me, as a Christian, to say that I’m glad someone didn’t become a Christian.  But think about it – how many movies have you seen where the meek, submissive, Christian main character influences his/her non-Christian rivals so much that they radically turn from their heathen ways and go to church, ending up raising their hands with tears streaming down their faces?  TOO MANY.  And that’s all I’ll say.  For more, watch Kevin’s actual review.  It’s totally worth an hour of your time.  (And this is the longest paragraph.  Obviously.)

HECKLES YES.  Back to the good stuff.  So, I had already watched this movie a month before with my relatives, but my friend Katelyn and I wanted to see it again.  So we did.  Four girls (including us and my two sisters) going to a Star Wars movie sounds pretty awesome to me, especially since we spent half of it whispering about how hot Oscar Isaac and Adam Driver are.  (“You know… I can take anything I want.”  *entire row bursts out laughing*)  And there were only like ten people in the theater, including us, so it worked out marvelously. 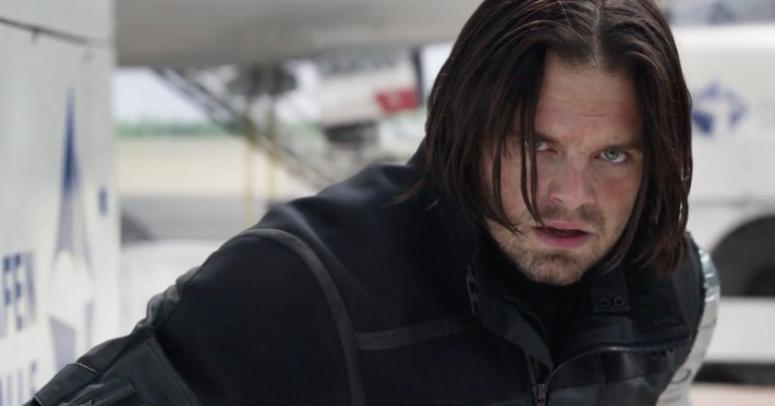 SWEET. BUTTERED. CRUMPETS.  What a masterpiece.  What an absolute cinematic masterpiece.  I saw it the first time with my siblings and a friend, and then again with my siblings, my dad’s intern, and Morgan and her sisters.  (This is when we sneaked in our frappucinos.)  Such a good movie.  I loved it so very much.  See my actual, non-fangirly review here.

I saw this one with friends after exploring World of Coke in Atlanta, and it was super fun!  Our group totally symbolized the majority of the movie’s audience, since our group consisted of six people with ages ranging from sixteen to twenty-five.  We fell in love with Finding Nemo when we were little and gosh darn it we were absolutely gonna see Finding Dory as soon as possible.  I loved it so much.  It actually made half of us cry – that one scene with all the shells, guys.  I’ve heard people say that it’s not as good as the first, but I don’t think they can be compared.  They’re both fantastic movies.  I watched it again on Christmas Day and remembered how much I liked it.  It’s about family and persistence and bravery and it’s just so good.

I took my little twins I nanny to see this one, and I think someone went with us (their grandma, I think?), but I can’t remember.  (Stupid brain, lol.)  I thought this movie was cute!  A little confusing, but still adorable.  I wasn’t planning on watching it, but I couldn’t pass up free tickets to see an animated movie that may or may not be good.  I’d watch it again with my younger siblings, if only for Kevin Hart’s adorably hilarious bunny character.

Goodness gracious.  This has to be one of my favorite movies of the entire year.  I’m not a huge Star Trek fan, but I’ve really enjoyed the reboots.  (Call me what you will, but the original show is so cheesy!)  Even though it was tainted in my mind because of Anton Yelchin’s tragic death the month before, it still made me laugh, sit on the edge of my seat, and even tear up a little.  From what I’ve seen of the show, Beyond was more in the vein of the classic episodes, and contained significantly less objectionable content than the other movies.  Because of that, it just worked.

I took the twins and my younger sister to see this one, and I knew it would be good, but it absolutely exceeded my expectations.  I’ve always been a Karl Urban fan, but Slightly Evil Lumberjack Karl Urban?  Um, YES PLEASE.  (The first time he came onscreen, my sister and I reached across the two kids between us and waved fingers at one another with excited looks on our faces.)  That, combined with Seneca Crane and Opie’s daughter… yep.  Fangirling about actors aside, it was just beautiful in a cinematographic sense as well.  I loved how they altered the story slightly, and I didn’t miss the songs ’til the credits started rolling.  It’s like the classic, but it’s a little more green and focused on slightly different aspects of the story.  And I was crying in the first scene, if that says anything.  (They showed Pete’s parents dying.  Like, heck no.  Why, Disney.  Why.)  Definitely would’ve liked to see this one in the theater again, but at home will have to do. 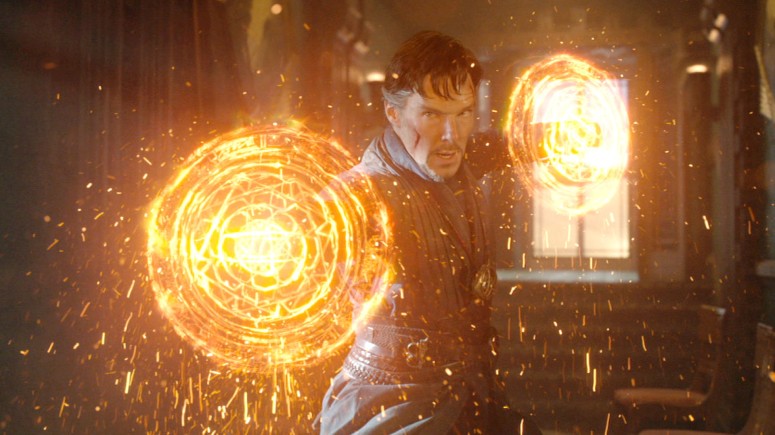 YIIIIIISSSSSSSSSSS.  Honestly, this is one of the cleanest Marvel movies ever, and I have no idea why.  There’s not much language, no sensual stuff, and very little blood.  And when you add BennyC into the mix… wow.  I really enjoyed this one – so much, in fact, that I wrote a critical thinking journal entry on it (a school project, which I got a great grade on).  I haven’t done research to see if the director is a Christian, but there are definite allusions to the Bible and Christian themes.  The only thing I didn’t like was the lack of females in it.  The Ancient One is, I think, female (played by Tilda Swinton {aka the White Witch}), but the character might’ve been ambiguous, and the only other girl is Christine Palmer, played by Rachel McAdams.  McAdams did well in the role, but the role itself isn’t that great.  Christine saves his life once with medical assistance, but she’s barely in fifteen minutes of the movie.  I like my female characters to be kick-butt and awesome.  Besides that, I really liked this one.  Not my favorite Marvel, but not my least favorite either. 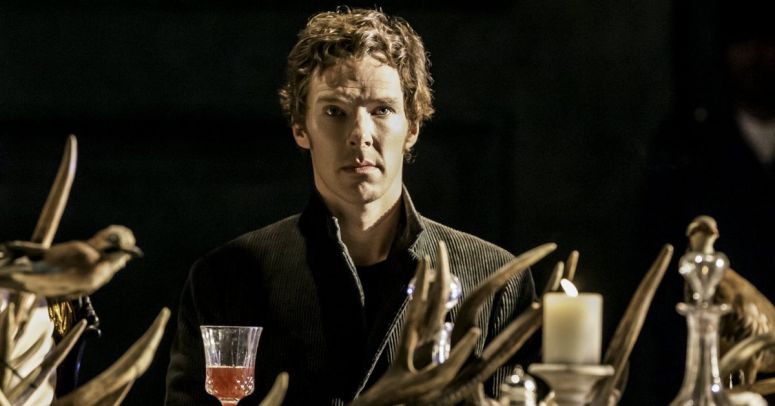 I saw this with two friends when I was in Florida for a week.  It was actually perfect timing because I already had to read Hamlet and then watch a production of it, and it was so much fun to go to a coffee shop, read the play, then go see the movie (and be able to say “Yeah, I read the play this morning; no biggie.  Now I’m going to see the version with Benedict Cumberbatch.  Again, no biggie.” when, in fact, it was a biggie).  This is, by far, the most expensive movie ticket I purchased this year ($20), but it was oh. so. worth. it.  The show itself was almost four hours long, and I can’t remember if that included the intermission or not.  I did a three-page review of this for school, and I could ramble almost that much just about Ben’s performance.  (It’ll be the basis on which I judge all other Hamlets.)  The sound production alone had me and my friend fangirling.  Every time he’d soliloquize, the sound would go “FubwubwubwUBWUBWUBWUBWUB” and everybody would slow down and the spotlight would be on Ben and it was just absolutely amazing.  And if anyone has a bootleg, I will send you both of my novels right now in return for it.

To be completely honest, I didn’t initially like this one when I left it, but I’ve since realized that it’s still pretty good, regardless of the issues I had with the story.  (Spoiler-free, I feel like it was two different stories that met together in the last ten minutes of the movie.)  I still loved Newt, though.  He’s the best thing to happen to Harry Potter since Deathly Hallows Part 2.  So good.  I’ll probably go watch it again and see if my opinion’s changed.  My favorite part of the movie, however, was the fact that I went with a big group of friends, and half of us dressed up in 20’s costumes.  So. Much. Fun.

OKAY SO I LOVED THIS ONE.  I knew I’d love it ever since I heard about it last year – and, um, hello, it’s LIN, so what’s not to love?!  The music was, obviously, phenomenal.  Loved the cast, loved the story, loved the animation (so beautiful).  I didn’t feel like I was watching a kids movie, which is exactly what I was hoping.  The story was so precious and so relatable – and I LOVED the fact that Moana’s story isn’t centered around a guy.  She’s a princess, but she’s not looking for a prince, and I think that puts her a cut above all of the other princesses.  I mean, I love all of the Disney princesses, but her story seems so much more pure because her story has to do with doing something meaningful to benefit her people, not sleeping while waiting for true love’s kiss or waiting for a prince to find her or falling in love with the guy who keeps her imprisoned in a castle.  (Yes, this is my feminist side coming out.  #dealwithit)

This was the first R-rated movie I’ve seen in the theater.  I went with my dad for my birthday and he loved it almost as much as I did.  Truth be told, I knew very little about the story when I saw it (I saw the trailer when it first came out, but by the time I saw it, I’d forgotten what was in it), and that makes me even more glad that I watched it because it was amazing and so inspirational!  It’s based on a true story about a guy who saved dozens upon dozens of soldiers during WWII.  I loved the fact that they portrayed his faith and his stance against violence and war without demeaning him for it or making him look stupid.  And it stars Andrew Garfield, so obviously it was amazing.

I went into this one with pretty low expectations – not because I didn’t think it would be good (I knew it would be), but because I’m still not much of a Star Wars fan.  But hooooooo boy.  SO GOOD.  I adored it, actually.  By the end, I was shipping characters so hard that the only thing keeping me from yelling “JUST KISS HER ALREADY!!!” was the fact that my fourteen-year-old cousin was sitting a few seats over and I didn’t want to set a bad example.  For real, though, it blew almost every other movie I’ve seen this year (in the theater at least) out of the water.  The story was so unique and the characters were all so wonderful.  GAH.  I loved it.

What do you think of my list?  Have you seen any of these?  Want to fangirl with me?!

24 thoughts on “thirteen fantastic movies & what i thought of them.”